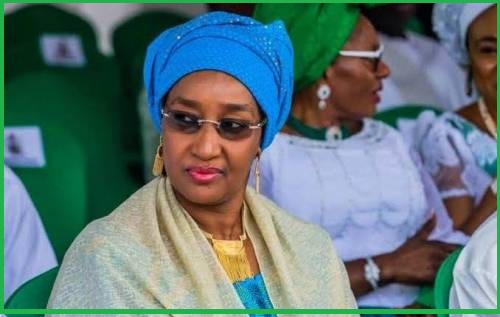 The agenda for the briefing is not yet clear, but source close to the National Social Investment Programme (NSIP) disclosed streamlining talked about last two weeks, will come into light

The minister promised to streamline the programme after paying all stipends due to volunteers, many volunteers have received their may Stipends. https://myeduproject.com.ng/npower-project-permanency-send-direct-message-to-your-senator-rep

A leaked information from the current engagement, spokesperson for the humanitarian affairs, disaster management and social development ministry Rhoda Iliya, said in a statement 400,000 new volunteers will be included in the programme

Making it close to a Million volunteers, the Largest in Africa.

“We are still working on an exit plan for Batch A,” Illiya told correspondent, “But there is no specific date for exit.”

Affected volunteers are to email their details to NPVN, where reconciliation will be done. Apparently, new entrant of 400,000 persons will also be discussed.

Highlights and Agenda of the Broadcast will include:

Who said peaceful protest don’t solve problems? The constant delay in paying Npower volunteers have ended, all thanks to volunteers who used all the media channels as a weapon to draw higher authorities to our plight

Suddenly, the month of May ended few hours ago, and volunteers started receiving Alerts within 10 hours. Perhaps, the hon. minister has repented. see https://myeduproject.com.ng/npower-permanency-movedrop-your-signature-as-bill-goes-next-reading

as the quest of permanency intensified, the only weapon available to us right now, is protests and agitation via social and digital media, volunteers should not expect easy way out

Volunteers should not relent in their quest for permanency, the nation has the resource to keep you there and increase your pay two times

In a country where lawmakers receive over N30M monthly, she is capable to take care of the poor and vulnerable for life. https://myeduproject.com.ng/npower-permanency-movedrop-your-signature-as-bill-goes-next-reading

There is nothing God cannot do, with him, all things are possible. Volunteers should seek the face of God in the quest for permanency

The data bank of the Npower beneficiaries is undergoing reconciliation, and after which affected volunteers will be settled according, Afolabi assured unpaid volunteers

A handful of beneficiaries of the programme both batch A and B did not get their entitlement for the said months due to mixture of data, being reconciled as we speak

What caused the mixture of data is yet to be known apparently, but all we know is that, in no distant time, all affected volunteers will be paid any time from now

They promised to provide jobs to 100 million Nigerians, yet they are sending 500,000 home without pay-Opposition party mocked All Progressive Congress

The buhari administration had promised to lift 100million Nigerians out of poverty, if 500,000 poor youths are lay-off, national security would be jeopardized

The last official figures released by Nigeria’s statistics office put the unemployment rate at 23.1%. Labour minister Chris Ngige said that figure could rise to 33.5 this year”

In what appeared to be a mockery, one of the leading opposition party, slammed the purported action of the Federal government to disengage 500,000 Npower Volunteers within the month of May

The honorable minister of Humanitarian Affairs, Disaster Management and Social Development, Umar Saidya Farouq is yet to Confirm the headline on the news

On Wednesday, a leading national daily, broke the news of disengagement of 500,000 Npower beneficiaries, haven’t spent more the required period in the programme, the newspaper added

Many volunteers received the news with shock, warning the Government not to take such action, for general interest of the nation

More so, Batch B is yet to complete the two years contract, why would they be thrown out? Making the news over disengagement a fake one

The programme is what APC can boast of as for new, since the Party assumed office in 2015, if it failed, the government of APC has failed, volunteers alleged

Apparently, the honorable minister of Humanitarian Affairs, Disaster Management and Social Development, Umar Saidya Farouq is yet to Confirm the headline on the news

There is long term plan to exit beneficiaries from the programme with good exit package or permanency to another engagement. 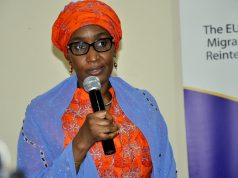 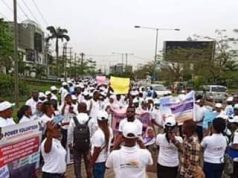 Npower March, April Stipends: Be Assured, you Will be Paid- Afolabi