Despite US hostility and blockage, Huawei has proved to be resilient to US sanctions; the company shocked the entire world by releasing one of her latest 5G internet Smart phone.

The Chinese giant phone maker had defied all challenges and successfully tops the world of quality and maintaining a smart lead in the world of 5G.

Being the leading phone brand in the world after Apple and Samsung, Huawei 5G is set to maintain a sizeable market share with this advance technology.

The Mate 20 X 5G is a foldable device that is water and dust proof, with state of the art silicon protector, the sleeve shape gives an astonishing sight to the phone.

The fact is that, Huawei has shown off a 5G phone. And this it is also foldable, making it deferent from other brands around the world.

The Huawei Mate X, unveiled at MWC, folds out into an 8-inch tablet; otherwise, it’s got a pair of panels on either side that you can use.

This device is going to offer 5G connectivity via its Balong 5000 modem, which is combined with her existing Kirin 980 chipset.

Unlike the vast majority of flagship Android phone makers, who turn to Qualcomm for mobile processing components, Huawei builds its own silicon, making it a force to reckon with.

The date for sale was supposed to go on in June, but the company is pushing back the launch until September to further research test on the phone.

US and UK Stand on Huawei 5G

US Stands on Huawei 5G

The latest move by the U.S. Department of Congress to block U.S. firms from offering software or hardware to Huawei has cast a cloud over the Chinese company’s future.

Due to US sanctions and Ban, it is not certain to know if Huawei’s 5G phones will reach the U.S., but chances are high that all dispute, will be resolve at a shortest possible time.

Entering the US market will not only springe surprise but compete with US 5G phones, which will give phone enthusiasts option to choose.

Late event in the United Kingdom shows that, Huawei plans to launch the Mate 20 X and Mate X, though that was before U.S. tech suppliers began backing away from Huawei.

U.K. carrier EE says it won’t offer the Mate 20 X immediately due to uncertainty about the phone’s ability to receive regular Android updates.

The UK has its own 5G tech phones, since time is of the essence, the government is taking her time to regulate and put all the measures needed. For the smooth success of the technology 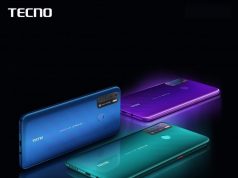 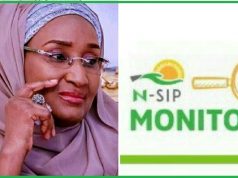 Planning for The New Academic Session: Steps to be Considered

myeduproject - January 7, 2020 0
As a Netflix client, one of the primary predicaments you most likely face is choosing what to watch. Truly, there are applications...