TheConscience reports that a total number of 15,246 beneficiaries of both batches A and B Npower beneficiaries in Kwara received a total sum of N13.3 billion disbursed by the Federal Government’s National Social Investment Programme (NSIP) before the beneficiaries exited the programme.

In a statement on Wednesday September 8, the state representative of the NSIP, Bashirah Abdulrazaq, explained that the batch A beneficiaries of the programme were engaged for 42 months and were paid a total sum of N7.4 billion while the Npower batch B beneficiaries spent about 24 months and received a sum of N5.7 billion from the government funded NSIP Programme.

She added that “non-graduates received the sum of N10,000 every month and were engaged for a period of 24 months with a total sum of over N24 million spent.”

July Stipend: OAGF Delays Order, No Date for Payment Yet

The office of the Accountant General of the Federation (AGFs) is conducting final checks and payments, this will take some time to pay all the 14,000 volunteers rejected by GIFMIS

Sadiya in a talkshow disclosed that, she has signed off payment of both Batch B, and that payment is no longer in her jurisdiction but at the office of the Accountant General.

Because of the change in payment Platform, it was discovered that some names also appear in other government payment vouchers.

Hopefully, before the month of August ends, all beneficiaries should have their payment

But the Office of the Accountant General of the Federation is still working on payment protocols, to allow all owed and exited volunteers to be paid at once

Volunteers are advised to exercise more patient, in no distant time, within the month of September, this issue would have been resolved

This is because of complains rising from GIFMIS rejection of over 14,000 genuine volunteers, who have suffered months without payment must be sorted out,

Nneka Ikem Anibeze, the new appointed Special Assistant on Media and Publicity to the Hon Minister Sadiya Umar Farouq made this known few days ago in Abuja

“Until her appointment, Nneka Ikem was the Acting Director, Sports and Outside Broadcasts Directorate of the Federal Radio Corporation of Nigeria.

She also served as SA Media and Publicity to the immediate past Minister of Youth and Sports, Barrister Solomon Selcap Dalung.

The new SA to Sadiya Umar assured volunteers of speedy payment of backlogs to over 14,000 volunteers rejected by GIFMIS.

Immediately the payment protocols are solved and done, all exited volunteers would receive their earned stipends and backlogs, SA added 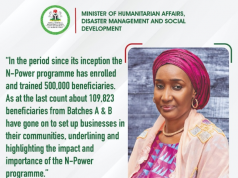 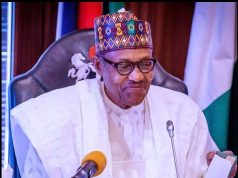 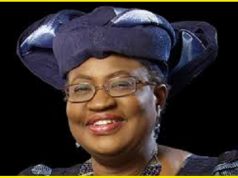 Samuel Ortom : All State Governors have failed the masses 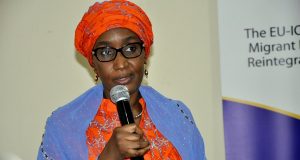 Over 14,000 Volunteers being owed have Accounts with Other MDA-Sadiya Umar...

myeduproject - July 22, 2020 2
Over 14,000 Volunteers being owed have Accounts with Other MDA-Sadiya Umar on NTA News (Video) The Federal Government has...